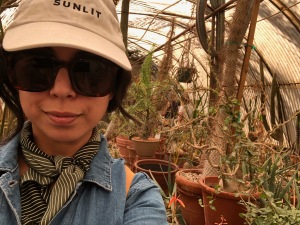 I’m from LA and I have no idea what I’m doing here. I can’t be relied upon to give you helpful advice on how to get your visa or open a French banking account. But I can tell you about how hot it is in the Mayer’s office before a French wedding or how it feels to sit through four hour dinners you didn’t know were going to last four hours. The important stuff. 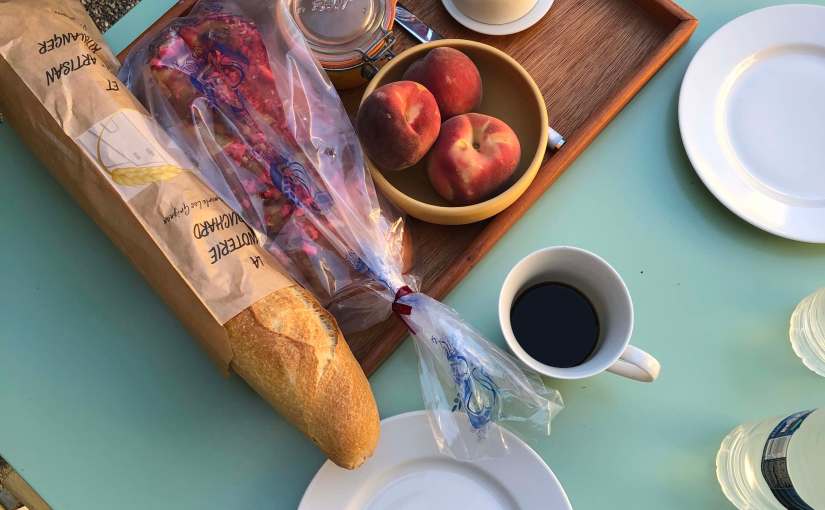 If you’re an expat, there’s a chance you’re like me and have a love-hate relationship with expat groups on Facebook. Yes, you get tons of great tips and ideas for where to eat, how to not get arrested, doctors who have mercy on non-French speakers, etc. But, the price of such compatriotism is dealing with dumb questions. And yes, there is such a thing as a dumb question, and in expat Facebook groups, the dumb questions are the ones asking why things aren’t like they are at home. One I saw recently that chafed me was “why don’t the French eat a proper breakfast?” which usually comes more from Brits than Yanks.

Proper is of course, a relative term, because to me, the French have a far more proper breakfast than I had as an American. As a 9-6er with a commute, my breakfast was a coffee and a scream session at other cars on the 110 South. This would be a crime in France, where breakfast AKA petit dejeuner is a ritual that is necessary in order to get out and greet the day.

For the uninitiated, French brekkie is more of a moment in the day than it is a gastronomique experience. As with so many things in France, it can only be done in one way: some type of bread, most likely a baguette with butter and/or jam (confiture), potentially a croissant, coffee or tea, and a very tiny juice. Walk from cafe to cafe in search of more, you won’t find it. If you’re in a tourist zone, you can find some cheese omelette options, but they won’t be egg mountains filled with ham and peppers, saddled with hashbrowns and two strips of bacon. In fact, now that I’ve been here for a few months, I’ve kind of forgotten what else people used to eat for breakfast–cereal, oatmeal, overnight oats (I’m from LA), a breakfast sandwich maybe? More like whatever I can grab as I run to my car, if even that.

So in a way, the French do have a proper breakfast, it’s just not warm or fried or meaty, but they are extremely dedicated to it in all its bready glory. Running late? Doesn’t matter, they will still eat their petit dej. Have nothing in the frigo to even eat? No worries, they will find something to gnaw on; you can spread jam on almost anything if you’re desperate enough.

It’s understandable for a Brit to want more, as they’re as dedicated to a specific breakfast style as the French are, albeit a much meatier, beanier, warmer style. But when you go to a new country, it’s probably safe to expect that they do meals differently just as they speak differently and dress differently and greet differently. Maybe that’s what is irksome about the “where do I get a real breakfast in Paris?” question; it assumes there’s one way to do a thing, and if you start with that nonsense you’re going to get real pissed real quick. The irony is not lost on me that in this foreign land, there actually is one way to eat breakfast.

However, huge disclaimer that weekends are another thing altogether where a brunch style straight from America reigns supreme. That’s when three course, hollandaise-christened, syrup-drenched, egg-topped extremes are reached, if you’re savvy enough to have made a reservation, mind you. Then you can get your sausage and potatoes. But Lundi a Vendredi, it’s just bread and jam and if you’re hungry, you’ll eat it.